Maaike van Rijn (1974) is a literary translator, specializing in drama.  She translates from English, German, Norwegian and Swedish into Dutch; and from Dutch into English.

Among her principals have been long established Dutch theatre companies such as Het Nationale Theater, Mugmetdegoudentand, Maatschappij Discordia and TG STAN. She has also translated for publishing house Manteau (Antwerp), British artist Sarah Maple and Theatre School Amsterdam, among others. So far, five of her translations have been published in book form by publishing house De Nieuwe Toneelbibliotheek.

Maaike is a keen advocate of contemporary Scandinavian drama. In 2017 she initiated and organized the project Ferske Norske, which aimed to simultaneously publish six hitherto unknown contemporary Norwegian plays in Dutch translation. These translations – by several translators –were presented in context during Ferske Norske Festival in Bellevue Theatre, Amsterdam, on May 22, 2017. Five large Dutch theatre companies participated,  reading directed scenes from the translated plays. The first volume of six books was presented to the Norwegian ambassador, in attendance of the Norwegian playwrights involved.
(for more information about Ferske Norske  in Dutch, click here).

Besides working as a translator, Maaike periodically accepts writing assignments as well. She has written columns, interviews and articles for, among others, TheaterMaker magazine, Het Nationale Theater, Filter online magazine for translators and Dutch Performing Arts.

If you are interested and/or want more information about any of the subjects on this page; if you have a question or want to discuss a possible new project, you are very welcome to contact Maaike through e-mail.

Maaike lives in Haarlem, the Netherlands. 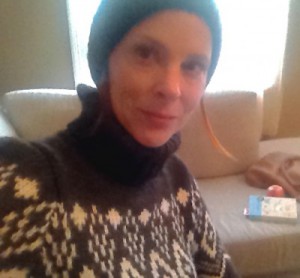