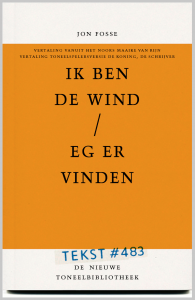 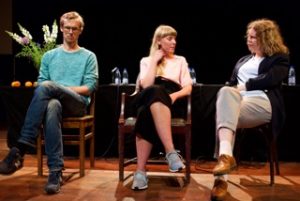 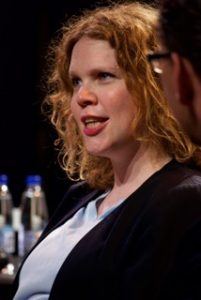 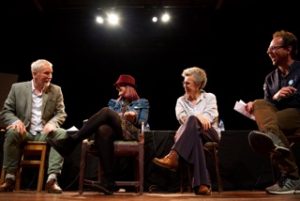 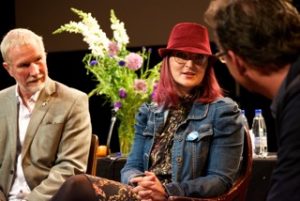 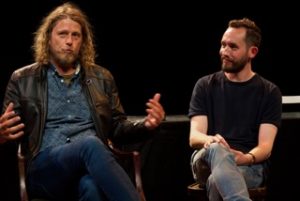 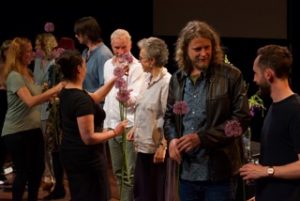 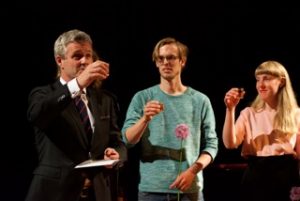 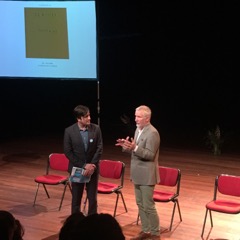 Yesterday I received some very good news from the EU (Creative Europe) on behalf of my Norwegian drama-project: my application for funding has been granted! Several Dutch pro’s (working for different funds) had told me this would never happen, but I can be rather stubborn when it’s needed. Proving them wrong is a very nice side effect indeed.

Below are excerpts from the report the EU’s external experts wrote about my application – I’ve never received such a outstanding report card before. They have truly taken the trouble to scrutinize all fourty-something pages of the application, and are incredibly supportive of my plans. We received a perfect score, 85 out of 85 – the last 15 points were reserved for winners of the EU Prize for literature, which is not given to drama, and were therefore non applicable.

What does this mean for the project? We’ve now covered some 65% of the overall budget. There’s still a large part that needs funding as yet – but with the EU’s glowing report  it might have now become just a bit easier to find those last funds willing to tie their name to this project. I’ll keep you informed.

Excerpts from the letter and evaluation report from Creative Europe:

A panel of external experts assisted the Evaluation Committee in the evaluation of your application against the award criteria indicated in the Call for proposals. The selection decision is based on the quality of the application, its relative position in comparison with the other applications submitted and the budget available.

The project is highly relevant in terms of supporting the circulation of lesser used languages and less represented genres. It is also worth highlighting the publisher’s brave initiative, bearing in mind independent publishers specialising in drama are forced to renounce their activity due to the publishing crisis in their field all over Europe. Therefore, such an important cultural initiative is to be welcomed and considered as a truly courageous act.

The publisher has a digital distribution strategy which involves doing print-on-demand editions of the books with initial short print-runs of 100 copies. Though this implies a limited distribution, it is totally appropriate and reasonable given the very narrow niche market these kind of books have. The distribution strategy is very well-planned and relevant to ensuring the widest accessibility of the works, including the use of digital technologies.

At the festival in Amsterdam to promote the selected titles, translators and playwrights will take part in workshops for students. The project contributes to transnational circulation of works of European literature. Access to them is guaranteed by a thoughtful well-planned digital distribution of a print-on-demand edition in online websites, bookstores, libraries and theatre venues, thus ensuring the widest accessibility of the works, including the use of digital technologies.

[Both] the publisher, Mrs Ditte Pelgrom, and the project coordinator, Maaike van Rijn, have a sound career in the theatre world in The Netherlands. Mrs. Ditte Pelgrom has been successfully running the press since 2009, and Maaike van Rijn, apart from translating, has worked in the marketing and publicity area. As a whole, the team has a relevant and sound background. Human resource allocations are adequate.

The budget shows relevant costs and is broken down in detail. Fees are, in general, within normal standards. The publisher declares having asked for additional funding for the titles to other organisations, both for translation and publication costs and for promotion costs. The time-table is clear and realistic. The main promotional event, a mini-festival, is set for May 22, 2017, three weeks after publication date of all the works, which is a correct timing.

The quality of the works is high. All of them have been translated into at least two other languages already, have been championed by Norwegian and Dutch theatre professionals and had some other form of endorsement, like media coverage or prize nominations. The publisher has also tried to choose a variety of voices that works as a little showcase of the diversity within Norwegian theatre, all of them dealing with human issues that spark reflection. Overall, the plays deal with the depth of intimate relations, about control and love, a dysfunctional family, personal notions of right and wrong. Thus, this mini-anthology showcases five very different voices, whose literary quality is excellent.

All translators involved are specialized and experienced in translating drama. Moreover, their experience is very relevant to the nature of the works to be translated. In the case of a young translator, her lack of experience in translating drama is countered by her being mentored by a senior translator, who has 30 years of experience. Furthermore, the very good editorial policy in the field of translation is confirmed by the fact that editors at DNTB always have several rounds of corrections and discussion with the author/translator before final publication. Therefore, they will have the possibility to discuss every linguistic and literary nuance of the source text and deliver high-quality translations.

Promotion and communication of the translated package: 20/20 The promotion strategy is clear, detailed and relevant to the project’s subject matter, especially focusing on theatre-related outlets and venues. The main promotional event will be a one-day festival with readings of the texts by Dutch actors, and a meeting/dinner with Norwegian authors and the translators too. The promotion strategy is not only clear and realistic, but also very detailed and articulated.